Analysis of the Reasons for the Low Efficiency of Impact Crusher

There are several reasons for the unsatisfactory effect of Impact crusher efficiency:

1. Traditional Impact crusher broken, material into the body with back directly after the collision was the first time, because the material is of high-speed rotor, the function of air flow and material circulation layer is often a collision with the back and change the direction to form a second, and this blow is given priority to with eccentric shock, shock of eccentric rather than a positive hit the material crushing effect is not ideal. 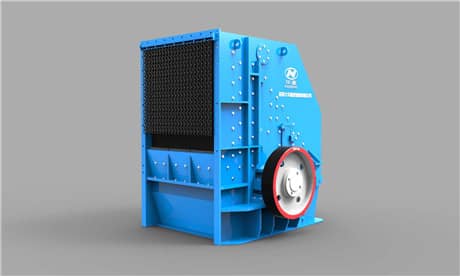 In response to several factors affecting the efficiency of traditional Impact crusher, the following measures can be taken to increase production:

2. In the case where Impact crusher speed is constant, increasing the relative speed of the material in the crushing chamber and colliding with the Impact crusher can increase the striking strength.

3. Reasonably configure the thickness of the Impact crusher to reduce the eccentric blow.

Previous Article：What are the Requirements for the Vertical Impact Crusher Hammer in the Production Side?

Next Article: Maintenance and Repair for Vibrating Screen