Reasons and Solutions for Excessive Wear of Vibrating Screen

The vibrating screen is a sorting device that can be classified, dehydrated, deslimed and sorted. The vibration of the sieve body is used to loosen, stratify and sieve the material to achieve the purpose of material separation. The screening effect of the vibrating screen not only has a great impact on the value of the product, but also has a direct impact on the efficiency of the next operation, and plays an important role in the production and quality of the gravel production line. The vibrating screen has simple structure, stable operation, high screening efficiency and large processing capacity. The screen mesh is the main working part of the screening process and the main wearing parts. After the screen is worn or damaged in the long-term operation, it will cause confusion of materials at all levels and seriously affect the quality of the finished product; improper operation and use will cause the screen to break too fast. Today, let us know the reasons and solutions for the excessive damage of the vibrating screen. 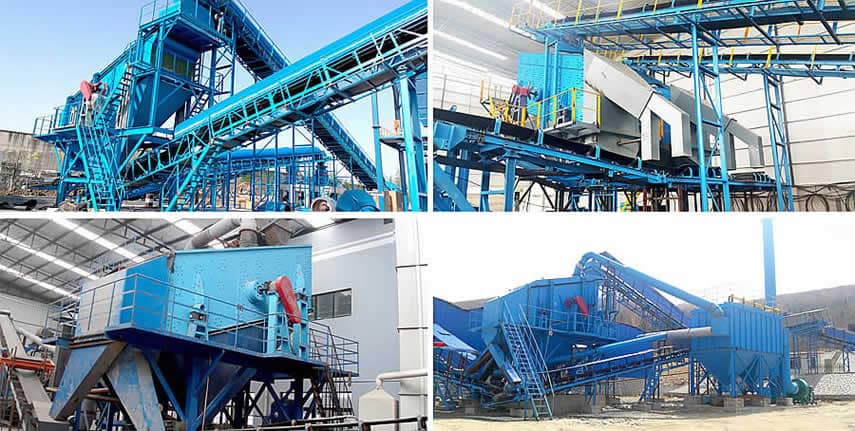 1. Reason: The screen generally has an upper sieve layer and a lower force layer. It is required that the two layers are closely adhered to each other. If the screen pre-tensioning process is poor, when the force layer at the bottom of the screen is tight. If the sieve layer is not tightened, the distance between the screen and the vibrating screen is too large, and the contact part of the screen frame cannot be effectively pressed, which is one of the reasons for the screen damage being too fast.

Solution: Dispense the material evenly when placing the material. In the feeding mode with strong impact, the buffer hopper is added to the vibrating screen, and the direct impact of the material on the screen will consume the exciting force generated by the vibration source, which is more likely to cause damage to the screen and fatigue of the screen.

Solution: High-manganese steel wire mesh with high elasticity and high wear resistance should be selected, which is not only durable, but also has a long service life and higher screening efficiency.

Solution: When installing or replacing the screen, 3-4 people should work at the same time, spread the screen on the screen frame, then put the screen compression ring, and use the screw symmetry according to the vertical direction of the screen.  After the screen is not folded and evenly tightened, insert the screws into the screw holes and slowly rotate them one by one.

Next Article: Screening Principle and Classification of Construction Waste